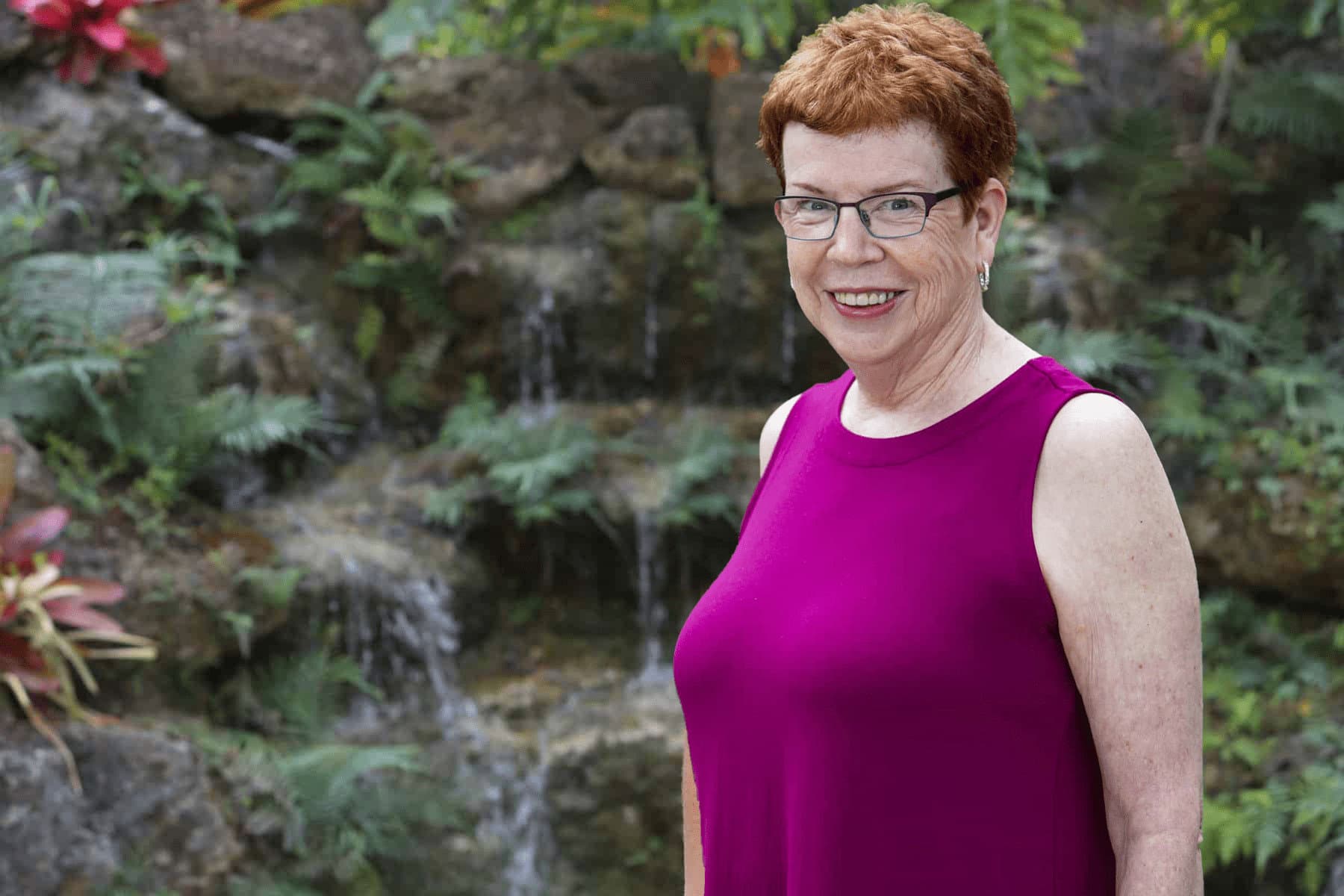 Position: Board President
Categories: Board Members

After having been part-timers since 2002, Elaine and her husband moved to Florida full-time in 2017, just in time for Hurricane Irma. Elaine was born and raised in Western Pennsylvania, outside of Pittsburgh. She went to college in upstate New York and Law School in Boston, where she met her husband Jay Cockroft who is a retired accountant. They have four children and eight grandchildren who all still live in the Boston area.

Their youngest child was adopted from Ecuador as an infant and turned out to have multiple disabilities with which they were unable to deal successfully. As she couldn’t find anyone else who was trained in the field, Elaine started educating herself, going to law school, and opening her own practice, specializing in disability law. She mainly advocated for students to get the help they needed from the schools and adults from state agencies. Elaine also practiced probate law. Since moving here full time, she has volunteered at both Hope Hospice and Legal Aid, mentoring an attorney who specializes in disability law.