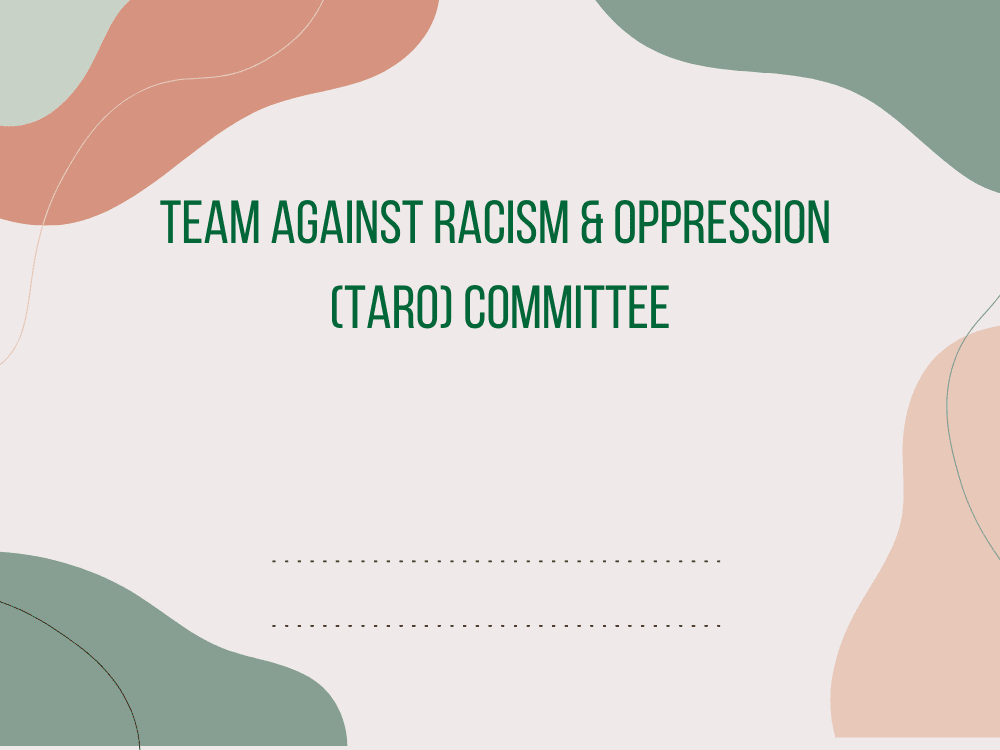 Who formed TARO and why?

Almost 20 UUCGN members who attended the UUA’s 2020 Virtual General Assembly were exposed to a just-completed two-year exploration of racial bias within the UUA. The study resulted in a 200-page report on the topic—Widening the Circle of Concern. Along with panel discussions and workshops over the several days of GA, leaders passionately championed our UU principles as the guide for congregations to look within at their own biases and work to become stronger anti-racist entities. After GA ended, some of us began discussing how to bring this focus to UUCGN. A core group formed — TARO. A program for the first year has been devised. We hope the full congregation will join us for an exciting and enlightening process that will evolve with your input.